“The Silver Bear” is the first installment of the “Assassin Books” written by famed screenwriter Derek Haas (Wanted, 3:10 to Yuma). Published in 2008, the story follows Columbus, a skilled hitman, as he pieces together his past and takes out high-profile targets. Nickel City Pictures optioned the book’s rights last year and has since partnered with Lionsgate to bring the project to life. This week it was announced that Michael B. Jordan (Black Panther) will headline the cast as Columbus and produce the project. Jordan’s latest movie, Creed II, hits theaters next month.

Michael B. Jordan – Photo from Variety

“’The Silver Bear’ is the kind of story that needs to be experienced on the big screen and Michael is the perfect movie star to inhabit the skin of this dynamic character and take us into the cinematic world of Columbus,” Lionsgate Motion Picture Group chairman Joe Drake told Variety. “We’re incredibly honored that Michael and Nickel City chose Lionsgate to partner with in bringing this exciting property to life.”

Told from his point of view, “The Silver Bear” follows Columbus as he plans to assassinate presidential candidate Abe Mann — also known as his father. Columbus is known in the criminal underworld as “Silver Bear,” a Russian term for an accomplished — and well paid — assassin, so given because their shots never miss. As he plots to take out his mark, Columbus begins to assemble details from his past and realizes he may soon be on the wrong end of a gun. 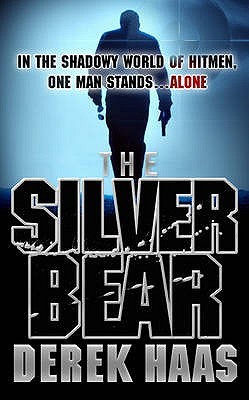 Frank Baldwin (The Godmother) signed on with Nickel City Pictures to adapt the book for the big screen after they optioned the rights in 2017. Nickel City hopes to adapt the other books in the series as well and create a new action franchise.

“We are confident that the underlying work by Derek, combined with Frank’s writing style and enthusiasm, will set the stage for a successful franchise with a strong first installment,” Nickel City’s Vishal Rungta told Deadline last year.

Production will be a combined effort between Jordan’s Outlier Society Productions banner, Lionsgate and Nickel City Pictures. Vishal Rungta, Mark Fasano and Ankur Rungta of Nickel City pictures will serve as producers alongside Jordan. Derek Haas, Michael Garnett and Tobias Weymar have signed on as executive producers for the project.